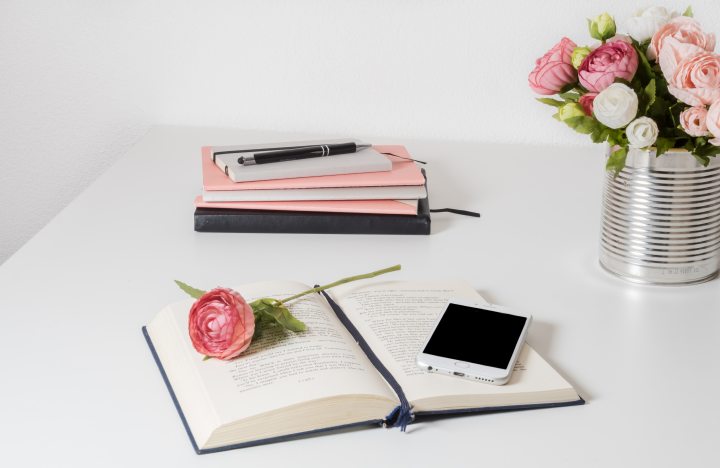 I posted this on my personal Facebook a couple days ago, but I felt like I wanted to include this on my blog as well. I also had some more to add as I felt like I couldn’t cover exactly everything I feel on a Facebook post without it being thousands of words long.

This is not the condensed version. And I want to preface this with the fact that I do not have all the right words to say. I am a 23-year-old white woman who has a whole lot to learn when it comes to racism and my privilege. But I want to voice my feelings and my concern and so this is it.

I went to a practically all-white high school. I transitioned from that to a university that has 30,000 students. 84% of them are white. And in no way is that a slam on my two respective schools, I loved my time at each. I’m just giving reference for the fact that I have not grown up in diverse education environments; therefore, I have little experience with those from different backgrounds and races.

My senior year of college, my journalism professor asked me if I would want to sign up for his Political Reporting class the next semester. I was thrilled. I wanted to learn more about politics and reporting on the elections coming up sounded like an incredible opportunity.

Then, I was told I couldn’t be admitted to the class because I wasn’t a journalism student. I told my professor, very saddened, and the next morning he went to my advisor and advocated for why I should be in that class.

Without him advocating for me, I’m not sure I would’ve started understanding the weight of the division in our country.

Flash forward to my time in his classroom, and I have a group project on the lack of diversity in Alabama’s universities. I wish I could find that project. I interviewed a few incredible women I know that have experienced racism at Auburn, and their stories alarmed me.

What would it feel like to sit in a classroom where no one looked like me? Would I feel uncomfortable? Would I feel less than? What would that feel like? I probably won’t ever know, but that was their reality every day at Auburn.

I then read a book called “Small, Great Things” my senior spring semester at Auburn. Wow. It touched on so much about racism, and it made me think: Have I ever looked at someone who doesn’t look like me and thought that I was scared of them? Not because of something they did but simply based on how they looked?

And I was overwhelmed by the guilt I felt. Had I without ever realizing it? I’m sure that I had.

I had heard from various people all my life say phrases like “You wouldn’t understand. We grew up in different times,” when speaking about people of a different race. And I would think that maybe they were right. I didn’t understand.

I understand now that times aren’t that different in this moment. Racism is occurring just like it has for centuries. It may look a little different than it used to, but it’s racism all the same.

I understand now that it’s inexcusable to cling to something like “times used to be different.” Those times were wrong. Just as this moment is wrong.

I understand now that I wasn’t taught in school about Black history. Maybe there were a few threads weaved into our curriculum, but I am learning so much now that I wish I had been taught then.

I don’t feel like being polite anymore. I’ve cried a lot about Ahmaud Arbery.

Then, these men probably started believing and thinking these words as well.

And then those words turned to actions. Actions that led to the death of a 25-year-old black male. That they videoed.

They videoed his death. They lynched a man. A Black man was lynched February 23rd, 2020.

It took the release of the video of Ahmaud Arbery being killed for his case to be given attention. Months have passed and until last week no arrests had been made.

I don’t have the right words, but I do know this: racism is alive and real. I realized something recently, how little I know about the history of any other race but my own.

I started reading a book by Latasha Morrison about racial reconciliation two days before I heard about Ahmaud’s death and my attention was immediately grabbed by a story she tells not only because it was horrific, but also because it occurred in Valdosta, Georgia, 45 miles from my house.

1918. At the time, slavery was abolished but plantations were finding loopholes to bring in cheap labor, so black men were being arrested for any little thing they could think up. Then, plantation owners would bail them out and bring them to plantations to pay their “debt.”

Sydney Johnson had been arrested, brought to a plantation to pay his “debt”, and realized he wasn’t being paid fairly. He then refused to work. The plantation owner beat him senseless. When Johnson recovered from the beating, he got a gun and shot the plantation owner. The community was outraged and began lynching and murdering many Black men, one of those men was Mary Turner’s husband.

Mary Turner was 18 years old. 8 months pregnant. Mary wanted justice. She said if she found out who killed her husband she would demand justice. Some white men in the community caught wind of this, sought her out, tied her up by her ankles to a tree, poured gasoline on her, and burned her alive. Many more gruesome details are a part of her death that you should learn about yourself to further understand the weight of this.

And this all happened 100 years ago right down the road from me. I never knew, but then again did I ever try to know anything about any other race? No. I’m ashamed of how complacent I’ve been with my privilege and I’m so sorry that people that look like me have hurt, abused, killed, belittled those that don’t look like me for so many centuries.

I go for a walk and I don’t think twice about someone coming up to kill me.

God created ALL people. Not white people. But all people. We can no longer stand by and think how sorry we are when we see a story like Ahmaud’s on the news but then never think twice about it again.

These are a few of the prayers in Latasha’s book “Be the Bridge.” This book has taught me so much, and I’m so grateful for it opening my eyes, especially in the wake of this horrific loss of Ahmaud.

I started learning to transform my thoughts a year or so ago. I acknowledged that racism had been embedded into my brain, and I didn’t even realize it. I have been thinking a lot about racism for the past year. My part in it. My race’s part in it. How guilty I feel for it. I haven’t done much about it, but I’ve thought about it.

Today, my thoughts are turning into words. Words not just for my journal, but for the public. I cannot silently think what I feel about Ahmaud’s death. We cannot let the Black community be the only voices in this. Non-racism isn’t going to cut it. So I’m saying these words. They’re imperfect yes, but it’s time for me to say them.

And now I’m learning to turn my words into action. Action that means contacting the DA for Ahmaud’s case, fighting against injustice in ways that I can, going for a run in honor of Ahmaud, praying for Ahmaud’s family. Praying for justice. As Christians, we cannot rely solely on our prayers for this battle; WE MUST TAKE ACTION.

Even if it’s scary, stand up for God’s people.

Even if your friends and family think differently, stand up for God’s people.

Even if you think because you are white and know nothing about racism, stand up for God’s people. I’m just beginning to learn, but I can no longer sit on my privilege.

Even if you feel like it won’t make a difference, stand up for God’s people.

ALL PEOPLE are YOUR PEOPLE God. May we love them the way You love each of us.

4 thoughts on “Confession of a White Woman.”